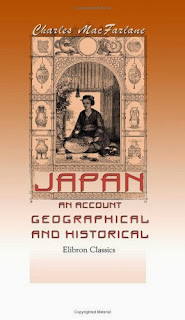 How A Cover Comes Together

The official cover of Book 8 (The Chrysanthemum and the Rose) isn't done yet, though I'll explain why in a minute. It's fair to say it's almost done, thanks to fans over at my Facebook group page (seriously, that is the best way to be part of the conversation, go check it out). A lot goes into the cover art, which is why so many self-published books look really crummy. People either don't know how, think they know how but actually don't know how, or don't care, which is fair if it's only an eBook. My Kindle doesn't even show the cover page - it just loads the first page of the first chapter every time. But if you're putting out a pint book, you should really put time into the cover.

First of all, I don't do the cover alone. I do most of the conceptual work but have a graphic artist put it together and give it a nice polish. It's cheaper since he's not starting from scratch, but I know I need a professional to make sure everything lines up and people are getting a quality product.

(1) Load template. The template we use is based on Sourcebook's layout for books 2 and 3. It's a good layout, with a clear title and image and has a nice all-about look. The changes will be largely cosmetic between books. Books 5-8 all have the same fonts and the same general layouts. Most of them have the same pattern on the bottom half, though we changed it for book 6 and we'll change it again for book 8 because of the Japanese theme.

(2) Find public domain image to use. There's a ton of it online dating from the Regency period. Sometimes it's actually hard to find an image that hasn't been used for another edition of Pride and Prejudice or another published fan fiction. Some people prefer static images of say, a house or trees or something, but I prefer to have a scene of characters even if they don't look exactly like the characters in my books and never well. It's also important to be consistent with what my two previous publishers have done. I see a lot of people reusing the same images because they're popular so I try to avoid those. I also need the image to be a high-quality scan and large enough to fit neatly on the cover, and the image has to work as a square. This is the most difficult part of the process. I went through 4 hours worth of Japanese images for Book 8 before settling on the one I found in the first five minutes because I am a crazy person.

(3) Color scheme selection. At this point we've used most of the basic colors that look good on books (Book 1 is green, Book 2 is blue, etc). We don't want to directly re-use any colors. At this point Dave (my graphic designer, say hi to Dave everybody!) usually picks a color based on what we can't use and also what goes well with the image we picked, which is why Book 7 is orange, a color I normally would have thought would never work.

(4) Get the trim size. This can only occur when I go to format the book, which can only happen after ALL the editing is done. I upload it to Createspace and they tell me how many pages the book is going to be. Based on that number, we can calculate the size of the image we need because we know how wide the spine is going to be. It's actually one long image - the back cover, the spine, and the front cover - that they stamp onto the cardboard material that will be wound around the book to create a cover. As of today Dave can't go forward because I haven't done this yet. There is still some editing and layout to be done. The trim size is very difficult to change so I have to know exactly how many pages the book is going to be and I can never ever change that once the cover image is created. This is why, for formatting reasons, there are sometimes empty pages at the end of the book. They're there because I did some last-minute formatting that changed the amount of pages I needed but it was too late to change the number of pages in the book because the cover was done, so I had to leave a bunch blank to get back to that exact number.

(5) Createspace tells me something is wrong with the image, even though nothing is. Createspace likes to do this to us. We submit exactly what they say they want and they say something's wrong and then we submit the same file and say it's fine. The system is automated so I don't know what they're picking up.

(6) I order a "proof" copy, which comes and the spine image is like 1 mm wrong and Createspace says it's my problem and/or their system isn't perfect, and I fret about things I can't change for a while. So it goes.

I'm shooting for a December 15th publication date for Book 8. That is not in any way a hard date. My roommate is doing a last-minute final check on the text while I put everything into layout, finish the glossary, and try to find a way to pay my copy-editor. I hope she takes plasma or packages of Chrystal Light Lemonade. But I do hope for a mid-December publication. The eBook will almost certainly be available first because of technical things like shipping times and ordering proofs for the paperback. Watch this space for giveaways and deals coming up soon! I will discount Book 7 in the two weeks leading up to Book 8's release so people can get caught up.

In other news, I'm in Rabbinical school now, so there are additional reasons for me to be crazy these days.
Posted by Marsha Altman at 9:39 PM No comments:

I am having an issue finding the perfect cover image, as I want a perfect cover image for this one, and because it mainly takes place in Japan I have a whole different avenue of period art open to me. You can go to the album of potential covers on the Facebook group page here to put your 2 cents in, which is bad saying because your opinion is worth more than 2 cents to me. I know you're at a slight loss because you don't know what happens in book 8, but let me just say this: Japan, fight scenes. Lots of both of those. That should start you in the right direction. And of course if you want to submit a public domain image to me as a suggestion based on what's already up, I am open to that. I am SUPER open to other people doing work for me.

There will be swag for this book. Little Japanese keychains or whatever. I haven't made the trip to Chinatown yet but whatever they are, they will be very light and easy to mail. Watch this space for ways to get some (picking the winning photo is one of them).
Posted by Marsha Altman at 7:44 PM No comments:

In Which I Emerge from Hibernation Like a Bear in Spring

Book 8 should be rolling out next month, so it's time to start posting on this thing again. Book 8 is called The Chrysanthemum and the Rose. Yes, I know that's not super spellable, but look, we're eight books in. If you're even reading this you definitely have found my Amazon page or my website or my Facebook group page and you know how to follow a link I'll be posting when it goes up on Amazon. I'm aiming for December 15th, but there have been some copyediting delays that were out of my hands, so I don't know yet.

What have I been up to:
- Finding a new literary agent for my graphic novel (found!)
- Starting Rabbinical school
- Writing other books, mostly horror

There's plenty to look forward to! Book 7 will be on sale for Kindle prior to the release of Book 8 in case you need to catch up, and there will be all kinds of contests with great prizes and rewards for loyal fans. So watch this space!
Posted by Marsha Altman at 2:05 PM 3 comments: